Published: By Disney-Hyperion on February 6th, 2018 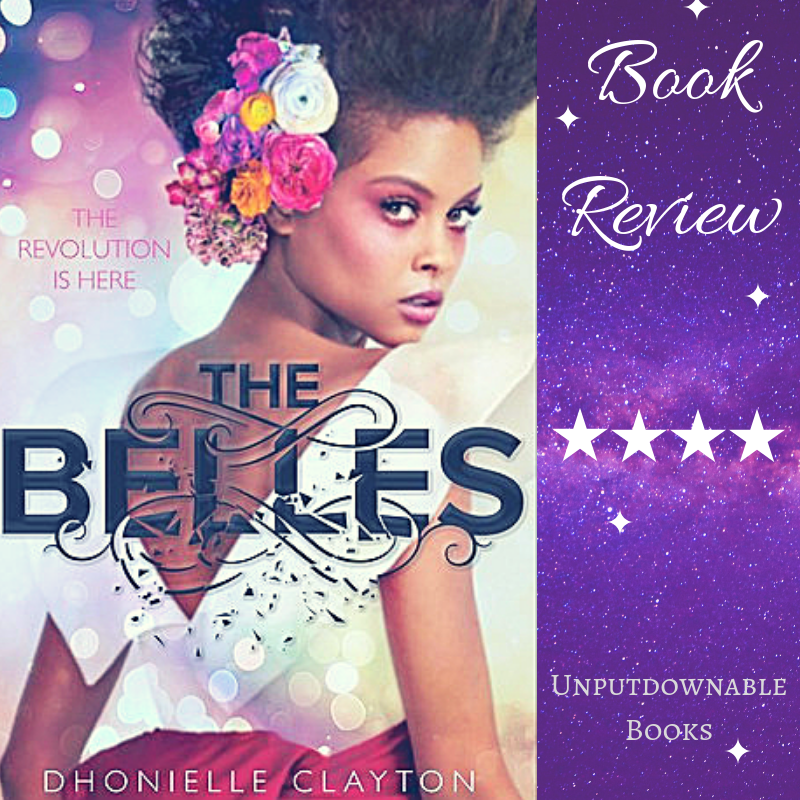 In the opulent world of Orléans, the people are born grey and damned, and only a Belle’s powers can make them beautiful.

Camellia Beauregard wants to be the favourite Belle – the one chosen by the queen to tend to the royal family.

But once Camellia and her Belle sisters arrive at court, it becomes clear that being the favourite is not everything she always dreamed it would be. Behind the gilded palace walls live dark secrets, and Camellia soon learns that her powers may be far greater – and far darker – than she ever imagined.

When the queen asks Camellia to break the rules she lives by to save the ailing princess, she faces an impossible decision: protect herself and the way of the Belles, or risk her own life and change the world forever.

END_OF_DOCUMENT_TOKEN_TO_BE_REPLACED 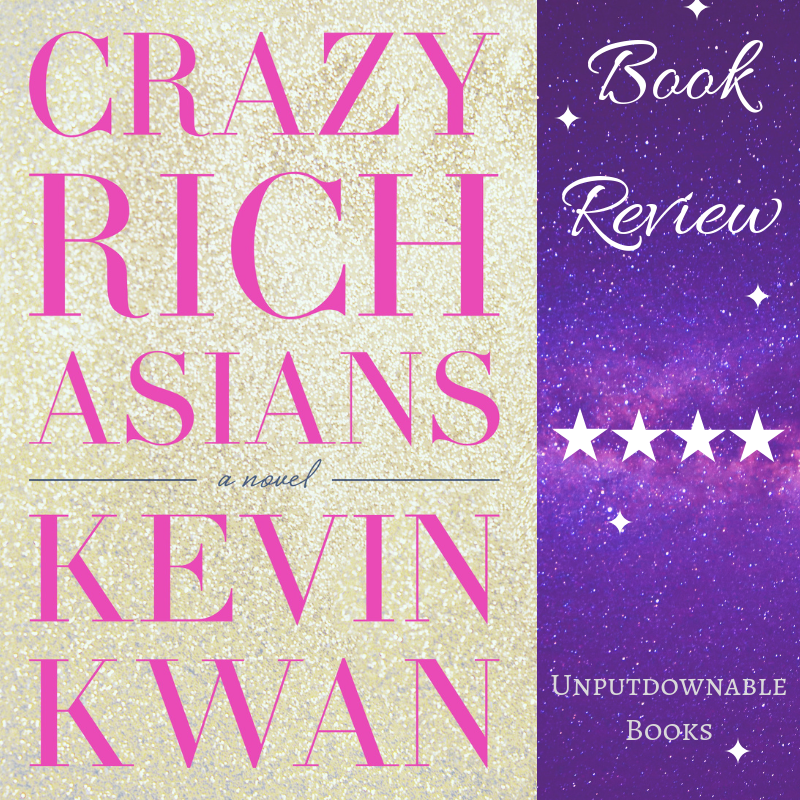 When Rachel Chu agrees to spend the summer in Singapore with her boyfriend, Nicholas Young, she envisions a humble family home, long drives to explore the island, and quality time with the man she might one day marry. What she doesn’t know is that Nick’s family home happens to look like a palace, that she’ll ride in more private planes than cars, and that with one of Asia’s most eligible bachelors on her arm, Rachel might as well have a target on her back. Initiated into a world of dynastic splendor beyond imagination, Rachel meets Astrid, the ‘It Girl’ of Singapore society; Eddie, whose family practically lives in the pages of the Hong Kong socialite magazines; and Eleanor, Nick’s formidable mother, a woman who has very strong feelings about who her son should – and should not – marry. Uproarious, addictive, and filled with jaw-dropping opulence, ‘Crazy Rich Asians’ is an insider’s look at the Asian JetSet; a perfect depiction of the clash between old money and new money; between Overseas Chinese and Mainland Chinese; and a fabulous novel about what it means to be young, in love, and gloriously, crazily rich.

END_OF_DOCUMENT_TOKEN_TO_BE_REPLACED 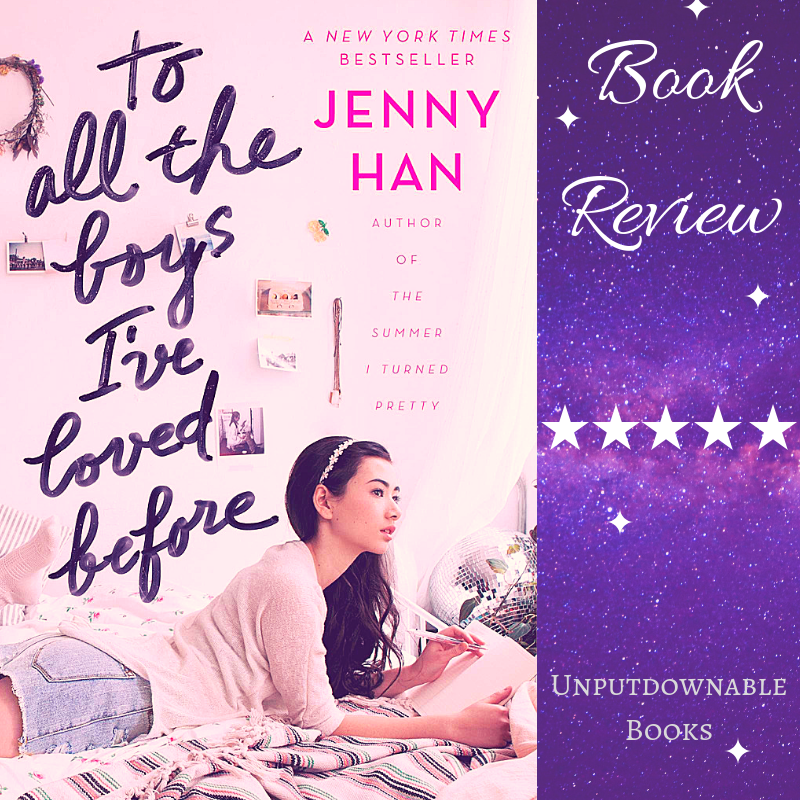 ‘To All the Boys I’ve Loved Before’ is the story of Lara Jean, who has never openly admitted her crushes, but instead wrote each boy a letter about how she felt, sealed it, and hid it in a box under her bed. But one day Lara Jean discovers that somehow her secret box of letters has been mailed, causing all her crushes from her past to confront her about the letters: her first kiss, the boy from summer camp, even her sister’s ex-boyfriend, Josh. As she learns to deal with her past loves face to face, Lara Jean discovers that something good may come out of these letters after all.

END_OF_DOCUMENT_TOKEN_TO_BE_REPLACED

Top Ten Tuesday was created by The Broke and the Bookish in June of 2010 and was moved to That Artsy Reader Girl in January of 2018. It was born of a love of lists, a love of books, and a desire to bring bookish friends together. How it works is that each Tuesday the host assigns a topic and then posts their top ten list that fits the topic. Every blogger can create their own top ten (or 2, 5, 20, etc.) list as well and link to the host’s. There is no set topic for February 13th, 2018, as it is a ‘Love freebie’, so I’ve chosen to go with: My Favourite OTPs. Since pictures are the equivalent of a thousand words, I’m just going to post some fan art (where available) of the fictional couples I ship.

END_OF_DOCUMENT_TOKEN_TO_BE_REPLACED

‘Tis the season of Halloween and pumpkin lanterns have taken over my social media feeds. However, it is not my cup of tea. Today I’m going to tell you about the kind of books that I prefer to pass over. But before you proceed, I’d just like to make it explicitly clear that just because I don’t like certain topics in books doesn’t mean you’re not allowed to like them or that I’m deriding your interests. If you’re not a fan of whatever I like to read, that is perfectly fine as well. Please remember that everyone is entitled to their own opinions.
END_OF_DOCUMENT_TOKEN_TO_BE_REPLACED

Title: SeQuence (The Heart of the Ocean #1)

Alessia Appleton is desperate to silence the voices inside her head, but being committed to an island asylum has only made them worse. Water is the one thing that blocks Alessia from hearing the thoughts of those around her. So, when she gets the chance to escape her wardens and the voices, Alessia takes it. She dives into the sea and a giant wave drags her under. When she comes to, one thing is clear–either Alessia’s completely lost her mind, or she’s not on Earth anymore. In Zeneshia sequence takes precedence over chance, and Alessia’s arrival has set off the Foretold Sequence of Hearts, shifting the future to a dire series of choices between Life, Love, and Death.

END_OF_DOCUMENT_TOKEN_TO_BE_REPLACED

Aurora Pavan comes from one of the oldest Stormling families in existence. Long ago, the ungifted pledged fealty and service to her family in exchange for safe haven, and a kingdom was carved out from the wildlands and sustained by magic capable of repelling the world’s deadliest foes. As the sole heir of Pavan, Aurora’s been groomed to be the perfect queen. But she’s yet to show any trace of the magic she’ll need to protect her people.

To keep her secret and save her crown, Aurora’s mother arranges for her to marry a dark and brooding Stormling prince from another kingdom. He’ll guarantee her spot as the next queen and be the champion her people need to remain safe. But the more secrets Aurora uncovers about him, the more a future with him frightens her. When she dons a disguise and sneaks out of the palace one night to spy on him, she stumbles upon a black market dealing in the very thing she lacks—storm magic. And the people selling it? They’re not Stormlings. They’re storm hunters. And when a handsome young storm hunter reveals he was born without magic, but possesses it now, Aurora realizes there’s a third option for her future besides ruin or marriage.