I can’t believe 2018 is half over already! I’m sure many of you share the same sentiment too. I feel like I haven’t done all that much this year in terms of working toward my personal goals. I’ve decided to try harder in the latter half of the year, so let’s see how well that goes. I also have a lot of new ideas for the blog and I want to start posting consistently at least from now on. I want to change things up with my Bookstagram as well and I’m starting to get more active on Book Twitter too. For now, let’s discuss the reading month I’ve had so far and my exciting plans for July!

I started with the Marvel-A-Thon this month and finished 4 books for Phase 1 of the challenge. Unfortunately, this is where I started feeling demotivated to read because I had read a lot of hard-hitting and emotionally-gripping stories back-to-back and I just wanted to take a break from my TBR. Since I’m a big mood reader, I wanted books that would be different from the ones I read. I started on a couple more since then but I haven’t finished them yet, so I can’t count them towards my June tally. Although the numbers aren’t great, all of them were 5-star reads for me, so I’m quite happy with that.

I first picked up Rick Riordan’s third book in The Trials of Apollo series, The Burning Maze. I have been loving Apollo’s journey thus far and I feel like Rick just gets better with each of the books he puts out. This was by far my favourite in the series because the plot was well-constructed, the character arcs were amazing and it packed a huge emotional punch. I then went on to Kristin Hannah’s The Nightingale. This is set in German-occupied France in World War II and it was such an enlightening read. I really liked how it focussed on the role of women in the war and how they used the bigoted views of the Nazis against them. However, this book affected my mood severely as it was quite tough to read at times. Next I read The Nowhere Girls by Amy Reed with Sahitya from My World of Books. This was my favourite read of the month and tackled tough topics like sexual assault, misogyny and privilege. It also had several different perspectives and was incredibly diverse, which made it even more compelling. Finally I finished The Poppy War by R. F. Kuang, which I read along with Etinosa from Uwadis. This was the first adult fantasy I’d picked up in months and I thoroughly enjoyed it. There were a few scenes that I didn’t quite agree with, but overall it was one of the best first books in a series I’ve read and I can’t wait for the next one! 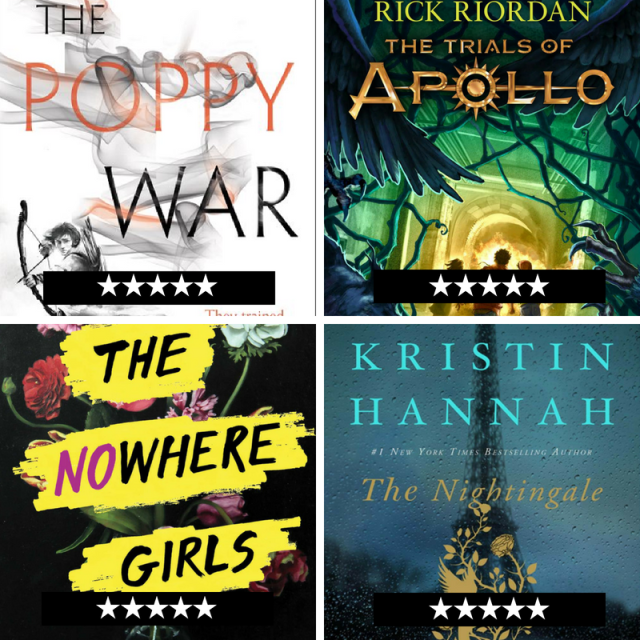 I have decided to do two readathons this month instead of three. I decided to skip the Summer Biannual Bibliothon primarily because it would be too hectic for me to try and do so many readathons. I’m also not very pleased with some of the organizers’ decisions this time and although it’s a lot of fun, I don’t want to support a readathon that doesn’t make me feel included. I have decided to aim for a grand total of 9 books this time – 4 for the Indian Lit Readathon and 5 for the O.W.L.s readathon. Technically, the O.W.Ls readathon already took place in April, but I was too busy to take part in it then. The N.E.W.T.s readathon is being hosted in August, so I decided to finish my O.W.L.s and then take those subjects forward for N.E.W.T.s. I’m being joined by Cam @ Camillea Reads as she wasn’t aware of the readathon when it happened and I’m so glad for the company! She’s also an amazing #DiverseBlogger and Bookstagrammer, who recently graduated (so proud of her!), so go check her out and show some support! I picked only ARCs and copies for review that I’ve received for my O.W.L.s readathon because I really need to catch up on those.

How has the first half of the year been for you? What plans do you have for July? What books are you most excited for in the latter half of the year? Let me know in the comments section below. 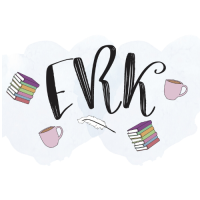