Welcome to another post in my Harry Potter themed monthly series! July always puts me in the mood for Harry Potter because it is J. K. Rowling and Harry’s birthday this month. Also, the 20th year celebrations that took place recently have given me plenty of reason to take a trip down memory lane. Today I’m opening up a discussion on one of the most controversial topics for fans of the series – Do you think Harry Potter and the Cursed Child is canonical? Sure, it is listed as the 8th book in the series and marketed as canon, but opinions on it differ greatly.

Note: This post contains spoilers for Harry Potter and the Cursed Child! 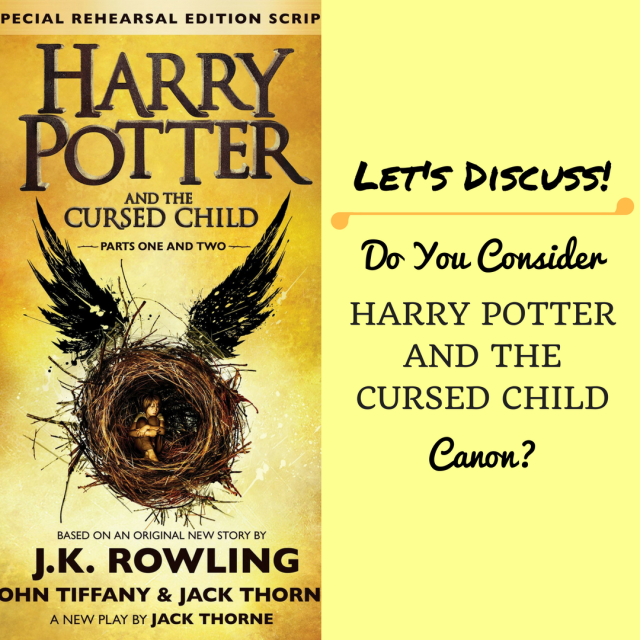 Personally, I like to pretend this book doesn’t exist. I haven’t watched the play, but many have praised it and it has won several awards. I think I’d have liked it better if it had remained only a play. I didn’t need it as an addition to my beloved seven-book Harry Potter series.

One of the main reasons I loved Harry Potter was Rowling’s writing style. The series works great in prose. The script style in this one is not only out of place, but changes things up completely. I had to totally reorient my brain to follow along with the script. The dialogue felt weird, the jumps in time were unsettling and it’s obviously better to see a play rather than read it.

2. It follows a different main character

Although the title goes Harry Potter and the Cursed Child, the protagonist is Albus Potter. I went into this book with no prior information whatsoever and was annoyed that the title is severely misleading. It does not follow Harry, although he plays a big part. It’s not a continuation of the series, but more of a companion book.

3. The plot doesn’t work with the original series

While I adjusted my brain to enjoy a story about Albus and his struggles in the script format, I did not expect it to feature time travel again. Rowling was so uncomfortable with the possible loopholes the idea presented that she made sure all time turners were destroyed in Harry Potter and the Order of the Phoenix. The joke was on me though. The authors decided to bring that messy plot device back so that Albus could try and “fix” the original story.  It just didn’t make sense to me.

4. The characterisation was off

Harry, Hermione and Ron all behaved so differently that I wasn’t sure if they were the same people that I followed through the seven books. I get that people change as they enter adulthood. I’m an adult now and I’ve matured a lot since when I was a teenager. But there are still things I’ve retained that were my strengths even during my teens. I’m still “me”. These characters were not. They had changed completely as adults and I wasn’t happy or convinced. I don’t think I could ever imagine a scenario where Harry would shout at Professor McGonagall, but I was forced to in this book.

“What would we get if Voldemort and Bellatrix had a kid?” I wasn’t ready to believe that. Both Voldemort and Bellatrix die in the Battle of Hogwarts. When did they even get together and actually have a daughter? It makes me deeply uncomfortable to imagine Voldemort with anyone, especially Bellatrix, who already had a husband, as I recall. It opens up myriad plot holes in The Deathly Hallows and that book was so satisfying that I’d rather imagine Cursed Child didn’t happen than question the events in it. Also, the plot was weird and some bits of it were fan-service-y. I just couldn’t wrap my head around it.

These are the main reasons I don’t want to consider Harry Potter and the Cursed Child to be canon. I also believe that Rowling had very little to do with the actual plot and just gave the rights to publish this book. Perhaps the play is great but it wasn’t necessary to make its script the eighth book in the series. At least, I don’t see it that way. There’s little I can do about it anyway, but it feels satisfying to express my opinion is all.

What do you think? Did you perhaps enjoy the book? Were you completely in line with the direction of the plot and the handling of the characters? Do you, like me, think it is more along the lines of fanfiction? I’d love to know what your views on this topic are in the comments section below. If you’re a fan, do check back on Saturdays for more Harry Potter themed posts. Have a happy weekend, folks! 🙂

10 thoughts on “Discussion – Do You Consider The Cursed Child Canon?” 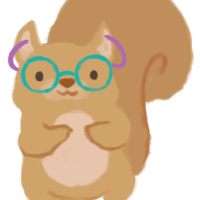 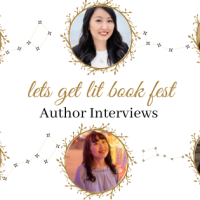 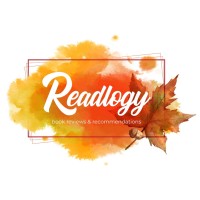 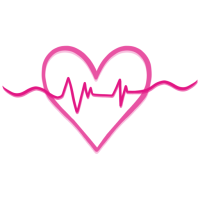 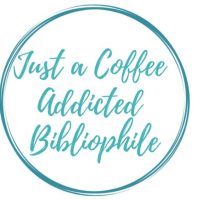